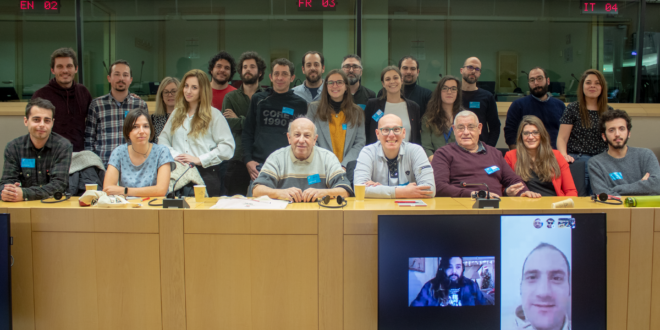 “What would the world be without activists? What would become of human nature without activists? Not because activists are perfect, or because they’re always right, or because they’re übermensch who never fail… None of that. It’s because activists aren’t looking for their own benefit - they’re fighting their souls off for a handful of dreams. At the end of the day, human progress requires that there be people who find happiness in living their lives in the service of humanity. Because becoming an activist means bearing a heavy burden - it’s about finding meaning in fighting for transcendental freedom” - Pepe Mújica Cordano, former President of the Republic of Uruguay

United Left Membership is made up of two tiers - supporters and full (dues-paying) members. Either case, you need to insert the following numbers as postal codes in the specific form.

As a supporter, you will enjoy full access to our platform with information about events, political stances, and proposals within the United Left party. You will also qualify as a participant at IU’s meetings, group discussions, grassroots networks, and open assemblies. You will also be a voting member in some of the party’s constituent processes - such as primaries or party referenda when deciding post-election alliances. Please find the full list of rights and duties of IU supporters in Article 31 of the Statutes.

In order to become a IU Supporter you must be over 16 years old. Joining IU as a supporter is free of charge. You can join now by reaching out to your closest United Left grassroots conference or online by filling out the following form.

If you have further questions, you can reach out to us at exterior@izquierdaunida.org

Dues-paying members qualify for full membership within IU. They commit to actively participating in the organisation within their means and availability. Please find a full list of rights and duties of IU dues-paying members in Article 13 of the Statutes.

The following people are not eligible for IU membership:

Dues-paying members must be over 18 years of age and willing to pay a membership fee. You can join now by reaching out to your closest United Left grassroots conference or online by filling out the following form.

If you have trouble joining, please reach out to us at incidencias.afiliacion@izquierdaunida.org

There are no upcoming events at this time.